Do You Know What Is Causing Your Chronic Jaw Pain? 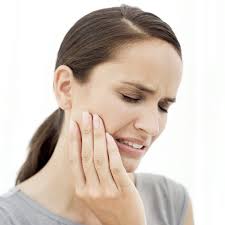 Las Vegas, Los Angeles and Beverly Hills-It is not all that uncommon to have some pesky symptom like a sometimes stiff jaw, headaches, a popping noise when you chew or a slight ringing in your ears, but they are not symptoms you should ignore.

“All three of those symptoms, and a myriad of others, are indicative of a problem with the temporomandibular joint in your jaw,” says Dr. David Alpan, a Los Angeles, Beverly Hills and Las Vegas orthodontist who offers Invisalign and other braces for children and adults.

When the jaw joint becomes inflamed due to a temporomandibular joint muscle disorder, also known as TMD, it can lead to acute or chronic pain and loss of function in the jaw, mouth, ears and neck. According to the National Institute of Dental and Craniofacial Research, TMD affects an estimated five to 12 percent of the population.

“The vast majority of people don’t realize they have a TMJ problem,” says Dr. Alpan, a Las Vegas TMJ specialist who also provides dental services in his Los Angeles and Beverly Hills practices. “They think their symptoms are normal or brush it off because it doesn’t hurt or bother them enough to matter.”

That can lead to pain and more symptoms down the road that get harder to identify and more expensive to relieve or eliminate, so Dr. Alpan is taking advantage of the unofficial TMJ Awareness Month to explain common symptoms and what treatments are available.

Pain is typically what drives people to finally go to the doctor, but there are more than 150 symptoms associated with TMD that may not cause patients noticeable physical pain or discomfort. Many patients who seek treatment report difficulty chewing or opening their mouth wide, a fullness in the ears, clicking and popping sounds in the jaw, dizziness and tinnitus. TMD has also been known to cause chronic migraines and headaches.

“Some signs are subtle and probably wouldn’t be noticeable except to an expert,” says Dr. Alpan, who is an adult and kids’ orthodontist in Las Vegas, Los Angeles and Beverly Hills. “For example, one eye, shoulder, hip or leg that is shorter than the other side, worn or crowded teeth, root erosion and the position of the head can all be signs of TMD.”

The good news is that jaw joint disorders can be treated to alleviate or eliminate the pain and symptoms. Some patients find natural therapies like compresses or massage to effectively relieve symptoms, although those options do not resolve the cause of them. Sometimes patients need medication or surgery for more severe cases, but orthodontics can also be used to treat TMDs since a poorly-aligned bite could be the cause of many of the symptoms.

“The bottom line is that you need to treat now, not later,” says Dr. Alpan, who did his master’s thesis on TMD and has offered TMJ therapies since 1999. “The longer you wait to diagnose and start treating TMJ disorders, the more complicated and difficult it is to successfully remedy the problem.”

Call today to schedule an appointment to review your symptoms, get an oral and physical exam and discuss treatment options.

Patients Use Zoom! Teeth Whitening To Get Dramatic Results After Braces

LAS VEGAS, NEVADA-Finishing orthodontic treatment is always exciting, and nothing is better than the big reveal to family and friends. But there is a way to up the wow factor even more: teeth whitening.

Dr. David Alpan, who provides orthodontics for children and adults, is offering his patients a teeth whitening procedure that puts the finishing touch on orthodontic treatment, and he is offering it for more than half off regular price until September 30.

A complete ZOOM! teeth whitening treatment with the additional home bleaching maintenance kit regularly costs $600, but for a limited time only, Invisalign specialist Dr. Alpan is offering the treatment for just $250.

The ZOOM! teeth whitening procedure can get a smile looking its best again after lifestyle choices and aging take their toll on teeth. Many things people do on a regular basis can stain and darken teeth like drinking coffee, tea, cola and red wine or using any tobacco product, according to the American Academy of Cosmetic Dentistry. Lax dental hygiene and neglecting routine exams and professional cleanings can result in stained teeth as well.

The whitening is done in the office, and it is fast and easy. Patients typically see dramatic results after the 60 to 90 minute treatment. The cost of the procedure includes the at-home ZOOM! custom fit trays and whitening gels for touching up when needed.

“One of the benefits of ZOOM! is that there is less reported tooth sensitivity compared to other types of whitening procedures,” says Dr. Alpan, an adult and children’s orthodontist. He does recommend that patients with previous experience with tooth sensitivity discuss whether ZOOM! is the best option for teeth whitening prior to receiving treatment.

For best results, patients should follow the post-whitening dental care instructions, which are to brush twice daily, floss once a day, and see their dental care provider for biannual dental checkups and cleanings. Avoiding the foods, drinks and products that caused the staining in the first place or rinsing with water and brushing teeth afterwards can prevent those stains from building up on the tooth’s enamel again.

“My patients love that ZOOM! is fast, long-lasting and effective. It is the crowning touch on their beautiful new straight smile,” says Dr. Alpan, who is also a Las Vegas TMJ dentist.

What To Consider When Contemplating Teeth Bleaching Treatment

LOS ANGELES, CALIFORNIA- More and more people are seeking out a whiter, brighter smile with teeth whitening. But bleaching is not a one-size-fits-all procedure since people have different goals and varying levels of staining.

“There are a variety of teeth whitening systems available, including whitening toothpastes, over-the-counter strips and trays, and whitening systems obtained from your dentist,” says Dr. David Alpan, a Los Angeles braces for children and adults provider.

He says the following five factors should be taken into consideration before someone makes a decision about treatment to avoid spending money on products that do not provide the desired results. END_OF_DOCUMENT_TOKEN_TO_BE_REPLACED

LAS VEGAS, NEVADA – People have all sorts of preconceived ideas about orthodontic treatment when they come into the office. But many times the “facts” are actually fiction, according to Dr. David Alpan, a Las Vegas Invisalign pro and orthodontist.
Here he addresses the four he and his staff hear most frequently about Invisalign. Find out if they are true or false.

Invisalign is only appropriate for simple orthodontic cases.

False. Most malocclusions can be treated with Invisalign, including Class II and III malocclusions, overbite and underbite. Some cases may require a combination of Invisalign and short-term traditional braces.
“I have even treated patients requiring complex surgical intervention with Invisalign,” says Dr. Alpan, a TMD dentist and pediatric orthodontic expert.

END_OF_DOCUMENT_TOKEN_TO_BE_REPLACED

How About the Need for a Retainer?

Los Angeles, CA – Many patients have questions about retainers and want to know if they are necessary for everyone – and for how long.

“After your braces come off, wearing a retainer is the next step,” says Dr. David Alpan, a Los Angeles pediatric orthodontics provider. “Retainers are important because they stabilize the teeth after the active orthodontic appliance is removed at the end of treatment.”

Without retainers, your teeth gradually would return to their original position over time. To keep your teeth in their ideal positions for the rest of your life, it is best to wear a retainer that long. Some retainers can be put in permanently. The ideal retainer is made of a clear, plastic removable material that fits on your teeth like a glove and can be worn at home while you sleep. END_OF_DOCUMENT_TOKEN_TO_BE_REPLACED

You Don’t Have to Live With TMJ

LAS VEGAS, NV – You do not have to live with the pain of Temporomandibular joints (TMJ) – also called Temporomandibular disorders (TMD) – and it is important to know the facts to see if you could suffer from this treatable condition, according to Dr. David Alpan, a Los Angeles TMJ dentist.

LOS ANGELES, CALIFORNIA – Twenty-five percent of all orthodontic patients over the past two decades have been adults, according to the American Association of Orthodontics. They report that women seeking treatment outnumber men by about three to one.

But according to adults and kids’ orthodontist Dr. David Alpan, this trend may be starting to shift. He has noticed more men, including lawyers, doctors and other business professionals, seeking orthodontic treatment at his practice Aesthetic Orthodontics in Los Angeles.

“Braces for children and adolescents have always been common, but the increase in invisible braces options like Invisalign and Incognito allow for bite correction and aesthetic improvement without the inconveniences regular braces may have for a business professional’s day-to-day life,” says Dr. Alpan.

END_OF_DOCUMENT_TOKEN_TO_BE_REPLACED

LAS VEGAS, NEVADA – You only have once chance to make a first impression. Do you what your smile is saying about you?
The American Academy of Periodontology surveyed 253 people about first impressions and smiles. The information posted on the organization’s website reported that half of them considered the smile the first facial feature that people notice, and 80 percent of those who participated in the study indicated that they were unhappy with their smile.

“Your smile can be the most significant aspect of a first impression,” says Dr. David Alpan a Las Vegas pediatric orthodontist. “It carries a type of social importance, but it may have an economic one as well, in terms of getting that job.”
Making a good first impression on a job interview is essential during tough economic times when there are a flood of candidates for each of the few jobs available.

END_OF_DOCUMENT_TOKEN_TO_BE_REPLACED

LAS VEGAS, NEVADA – The most common cause of facial pain in the jaw joint, muscles that control jaw movement, and supporting tissue is a group of conditions called temporomandibular joint and muscle disorders (TMJDs).

They cause recurrent or chronic pain and are the second most commonly occurring musculoskeletal conditions resulting in pain and disability. According to the National Institute of Dental and Craniofacial Research, they affect 5 to 12 percent of the population, or 10 million Americans, and are more common among women than men.

END_OF_DOCUMENT_TOKEN_TO_BE_REPLACED

LAS VEGAS, NEVADA – The health questionnaire is more than just another page of new patient paperwork to fill out. It is information that tells the orthodontist what the best treatment plan is for you and how to keep you healthy throughout the process.

This means Dr. David Alpan, who provides orthodontics for children and adults, needs the complete and up-to-date medical history of each patient.

“Because orthodontic treatment usually spans an extended period of time, sometimes medical statuses change like prescription medications or a newly-diagnosed condition,” says Dr. Alpan, who offers Damon braces. “Just keep us informed so we can keep you safe and provide the best possible orthodontic experience.”