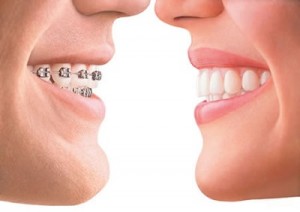 LAS VEGAS, NEVADA – Our goal is to provide patients with the latest in orthodontic techniques and the highest quality care, which means we have to stay up to date with skills and knowledge about the market.

Dr. David Alpan recently attended the 2012 Invisalign Ortho Summit conference in Las Vegas to learn about what Align Technology, the makers of the Invisalign system, has developed. He attended sessions and workshops Nov. 16-17 led by leaders in the Las Vegas orthodontics industry that focused on the latest in Invisalign news and technology.

This year, the summit featured topics like effectively treating open bites, deep bites and crossbites with Invisalign and using Vivera retainers for the retention phase of orthodontics to prevent relapse.

“Toward the end of the day on Saturday, there was a session done about the next generation of Invisalign teen that gave us an update about the latest in research and design,” says Dr. Alpan, who holds the highest designation Invisalign uses for its certified providers: Elite Preferred. “It’s exciting to hear how many new things technology is allowing us to do with Invisalign.”

“The conference is also a great time to catch up with colleagues and discuss how we’re incorporating the latest improvements and techniques associated with Invisalign into our practices,” says Dr. Alpan, who is a TMD dentist and pediatric orthodontic provider. “I had a great time and learned a lot about what is coming soon with Invisalign.”